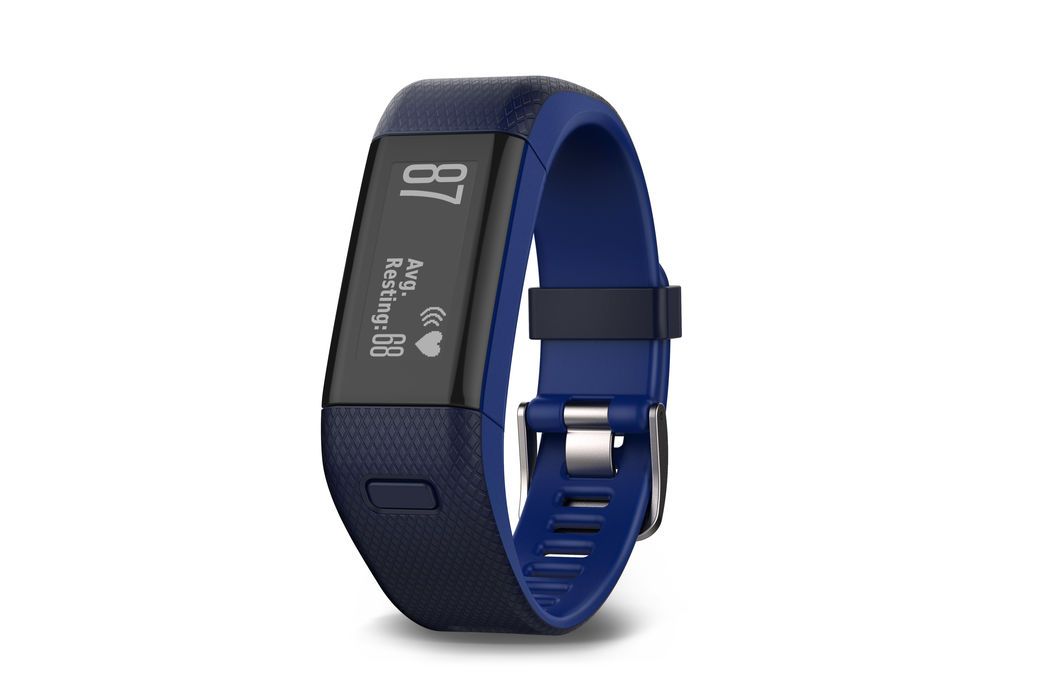 In this review for the Garmin Vivosmart HR + we present to you a versatile GPS Activity Tracker with incorporated heart rate sensor. The popular predecessor was already previously equipped with many features, but the new Vivosmart HR+ version comes with a few new highlights. In addition to GPS and 24×7 Heart Rate Monitor, the device functions as a watch with touch display, Move IQ, and a new running function. And now let’s take a closer look at the Vivosmart HR +…

You can buy the Garmin Vivosmart HR+ for example here:

The fitness band Garmin Vivosmart HR+ is very suitable for amateur athletes and people who just want to maintain a more active lifestyle. Runners especially get their money’s worth. People who don’t need GPS and running features would potentially prefer the cheaper variant Vivosmart HR, but those who would like more features and multi-sport profiles should instead look at the Vivoactive HR.

Anyone who remembers the Garmin Vivosmart HR will love the Vivosmart HR +. The “+” in it’s name is not insignificant, because several features distinguish the two trackers from each other. It includes GPS as well as a new specific feature that supports running. We will go into the differences between it and it’s predecessor later.

The integrated heart rate sensor with optical technology measures the heart rate directly on the wrist and can be used in almost all sports. In many situations this self developed heart rate sensor technology makes measuring with a chest strap unnecessary. As with most of its products, Garmin is also using its self-developed heart rate monitor technology Elevate with the Vivosmart HR +. Furthermore, the external HR heart strap is not supported like with it’s predecessor, which is likely a reason why some athletes that like to have more accurate HR data might be disappointed.

The newly added GPS receiver gives the GPS fitness band Vivosmart HR + many new options, for example, distances and routes can now be recorded while cycling. This is not the case for its predecessor, since it only has an acceleration sensor which can not detect any distances during cycling due to the lack of arm vibration and routes because of missing GPS. The GPS receiver can also be deactivated, for example to perform indoor activities in places like the gym. The HR + has new options – indoor and outdoor mode.

The new Move IQ feature on this smart fitness band even recognizes whether you’re walking, riding a bicycle, swimming or using the cross trainer and records the activities automatically as events. The device works without pressing a button and automatically records and marks the activity in the app. However, activities recorded with Move IQ don’t replace actually planned activities. The GPS is not automatically activated once a sport is recognized. If you want to have all sorts of information about an activity, you should press the start button of the Vivosmart HR+ before the activity begins.

Running Functions in the Fitness Tracker

The Vivosmart HR + is likely to be a hit with runners – with the newly integrated Running functions, such as the Virtual Pacer, it not only shows the distance and speed of the runner but compares the current pace of the target and thus brings motivation to improve.

Vivosmart HR vs HR + vs Vivoactive HR vs Vivofit 3

These are currently, in our opinion, the strongest Vivosmart Hr+ competitors in direct comparison:

We are not aiming for a detailed Vivosmart HR + description at this time. The features we know already are very similar to Garmin the Vivosmart HR (read the review). One can imagine that the new features such as GPS and enhanced running functions add value and make the fitness band more versatile. For those who can do without the GPS and the better functions, they should take the predecessor Vivosmart HR  (take a look at our Vivosmart HR test), because they are going to have just as favorable of results and otherwise nearly identical properties. For those who want a multi-sport watch fine-tuned to support many sports, there’s the Garmin Vivoactive HR.