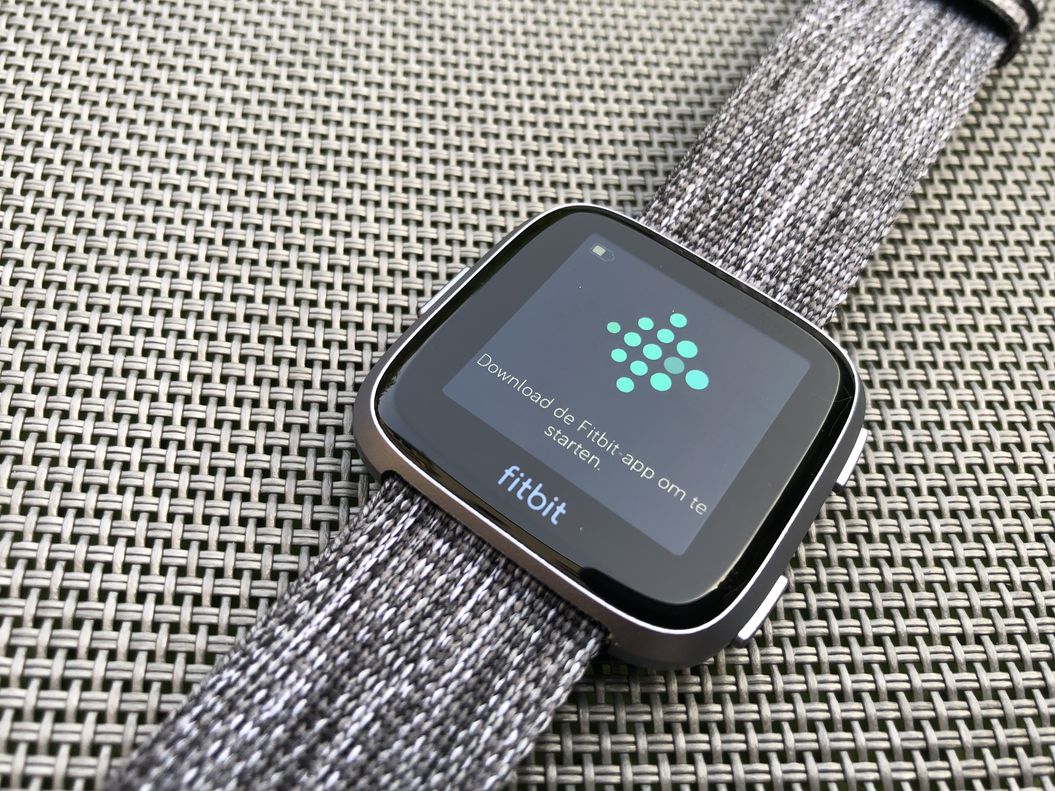 Take a look at another wearable from the San Francisco manufacturer in this Fitbit Versa review. We immediately ordered the special version in gray, because we liked it best optically. Women in particular are appealed to by the stylish wearable, because it has special functions for them. And no, it is not suitable only for women, but also has additional functions that make life easier for women. As for why, we’ll see in a minute. The Versa is also similar to the Fitbit Ionic, but lacks a GPS receiver. It is much cheaper though.

The Fitbit Versa will be offered next to Fitbit’s top model Ionic (our Fitbit Ionic Review,) but will be more affordable. The design holds back a tick more than the Ionic, so the Versa will probably appeal to a larger audience.

The not always popular angular look of the Ionic gives way to a softer and rounder design. The Versa is also smaller and lighter than the Ionic. It seems Fitbit got a little inspired by the design of Pebble Time after the Pebble acquisition.

Here is a visual comparison of the Versa with the Ionic:

The Versa does not have to hide from the Ionic. Features of the health smart watch include:

Many important hardware features of the Ionic have been adopted in the Versa. What we like above all: the Versa also has three physical keys that are used during sports activities. This avoids the often fiddly touchscreen fumbling with sweaty fingers.

Display properties have also been retained. Fitbit promises 1,000 Nits brightness, so that the display can be easily read in any situation. Unfortunately, the Versa only has connected GPS, which means that it can only use the GPS of the smartphone. The smartphone must therefore be present during sports activities if you want to record routes, for example. If you don’t want to do without integrated GPS, take a closer look at the Ionic, because it offers this function.

By the way, the band can be exchanged via an easy to handle mechanism. This worked quickly and well in our Fitbit Versa Review.

The Fitbit Versa is suitable for men and women in general, because with the help of the large selection of bands and cases there is a suitable combination for everyone. Nevertheless, one cannot get rid of the feeling that the Versa wants to be a Smartwatch focused more on women, and this is mainly due to the function called Female Health Tracking. Fitbit says it enables:

The Fitbit Versa is now available in black/black, grey/silver and peach/rose gold. The Versa is on sale worldwide from the beginning of April 2018.

The Fitbit Versa review is still in progress, we have only had the watch for a short time. We will now have the Versa in continuous use and have a closer look at more features.

Due to the softer and lighter design, the first impression is certainly better than with the Ionic. From our point of view, the Versa seems much more attractive to the general public, because it is more discreet. The fitness watch is also more attractive in price without sacrificing features or omitting Fitbits strengths.