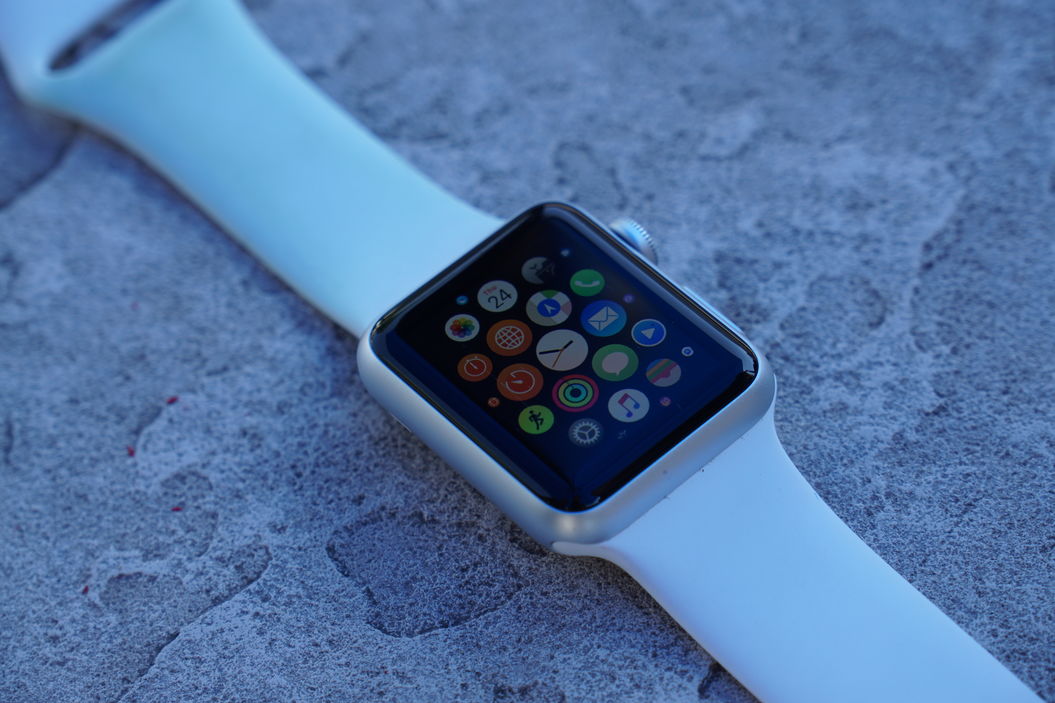 In today’s review we will be presenting the upgraded version of the Apple Watch, the series 1 and 2. We will be answering the question of whether or not these are a worthy upgrade from the previous edition, but if there’s one thing we already know from the original, it will be sleek, versatile, and come with pretty much everything that is expected. If you want to see our review for the series 1, you can check it out here. And now let’s take a closer look at the newest Apple Watch…

Much of what can be seen in this summary is carried over from the previous model of the Apple Watch, including texting, Siri, activity tracking, etc. but many features have been upgraded or added, despite the rather unchanged appearance. Some of these include faster processor, brighter screen, is overall lighter, is waterproof (up to 50 meters,) has upgraded fitness tracking capabilities including a new model targeted specifically for runners (more on that later,) and phone free GPS.

Like the original Apple Watch, the new Apple Watch has several different editions which are available to be decided by your own personal preference, all of which will be detailed here.

The standard Apple Watch 2 comes with everything to be expected and every new feature introduced. The case is also made of stainless steel. More on that later.

The Apple Watch Nike+ is similar to the previous Apple Watch Sport, mostly targeted towards runners. Unlike last time, the cost is the same as the default, but there’s a lightweight sports band. This time around, the band is filled with holes designed to be helpful to athletes. The case is made of aluminum. There’s a Nike logo on the back and exclusive watch faces, and a pre-installed Nike+ Run Club app, but other than that the differences are few and far between.

The Apple Watch Edition is meant to be an expensive cosmetic change, featuring ceramic cases, with quite a hefty price increase to match. Apple claims it’s 4 times harder than the standard stainless steel.

The Hermès is purely cosmetic differences. It packs different branding and a high quality leather strap, alongside a unique watch face and a stainless steel case. It also has quite the price increase. An additional sport band is included with purchase.

The Apple Watch series 2’s new features are all bundled in with every edition listed above besides the series 1, which is basically just the original but with better processing speed.

The Series 2 thankfully has a dual core chip, with it allowing it to be able to load apps much faster thanks to the S2 chip (up to 50% according to Apple,) and have a better display, especially in the direct sunlight with the boosted brightness of 1,000 nits. The New Watch OS3 however isn’t exclusive to the series 2.

The Apple Watch 2 now has a GPS integrated without having your phone in your pocket. This, along with the Nike+ Edition, seems to be a step towards making it a better watch for runners.

One major new addition is that the Apple Watch series 2 is now waterproof to 50 meters, compared to the original being water resistant. In addition to that, the speaker has the ability to eject water out at the end of a swim. It even has swim specific activity tracking to boot.

The Apple Watch Series 2 seems to be an upgrade that’s more targeted to new buyers, runners, and hardcore Apple Watch users than early adopters of the first version. Most of the new features besides performance boosts revolve around fitness tracking, especially with the introduction of the Nike+ model. It is a worthwhile upgrade for those who care, but it still doesn’t do enough for many users to warrant it and may be more advisable to wait for another new model.