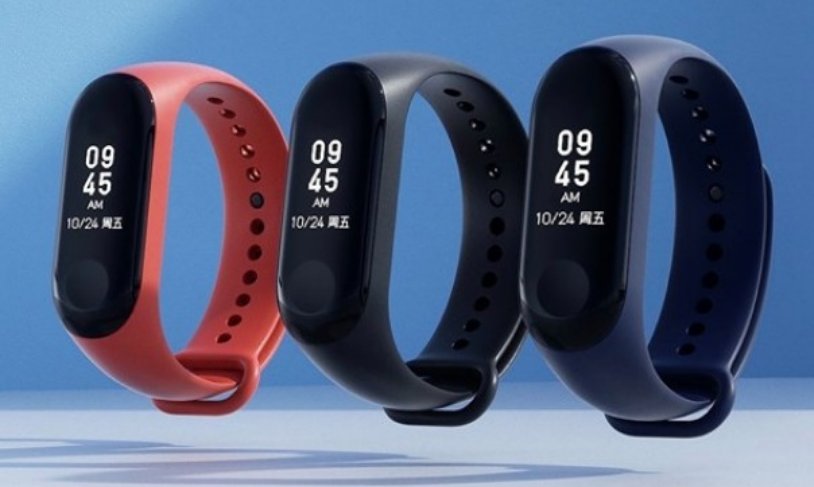 At this year’s press event, Xiaomi presented, among other things, the Xiaomi Mi Band 3, which we would like to take a closer look at in a detailed practical test if available. The Wearable is an updated version of Xiaomis popular Basic Fitness band series. Let’s take a look at the features announced by the manufacturer.

The Mi Band series from the Chinese manufacturer has always offered an affordable entry into the world of fitness tracking and contains only the essentials. The latest version, the Xiaomi Mi Band 3, also contains some improvements. This includes a longer battery life of about 20 days and a water resistance up to 50 meters (5 ATM) as it is also offered by well-known manufacturers such as Fitbit, Garmin or Polar. 5 ATM generally allow the device to be worn while swimming in the pool. However, diving or longer dives should be avoided.

Many will be pleased that Xiaomi has also made improvements to the display. The OLED panel is now only slightly larger than its 0.78 inch predecessor, but offers an improved resolution of 128 x 80 pixels. The display upgrade should thus noticeably improve the readability of displays and notifications.

Other minor improvements include a call acceptance function, the option to operate alarms and timers directly from the screen, and the display of weather data. A new wristband design that, according to Xiaomi, makes the Wearable even more comfortable and provides a better grip on the wrist is also one of the innovations.

Like the Mi Band 2, the third generation tracker has a heart rate monitor and the usual fitness tracking. Unfortunately, the Mi Band 3 doesn’t have a GPS receiver either, which you can’t really expect from the price and form factor. It synchronizes with the Xiaomi Mi Fit app, whereby data export to other services is possible.

To return to the initial question: Will the Xiaomi Mi Volume 3 be a value for money box-office hit? Well, a detailed practical test will clarify this as soon as the tracker becomes available. However, there is much to be said for it because the price of a device from a well-known manufacturer such as Xiaomi is simply low and many people want to track their daily activities in a simple way.