Skip to content
You are here:Home-News-Fitbit “Higgs”: New Fitness Watch this Year?

The Fitbits “Higgs” Project is preparing a new fitness smartwatch that has been sitting in the rumor vault for at least several months. Now that’s no surprise because with Fitbit’s acquisition of smart watch specialists Pebble and Vector, that was to be expected.

Fitbit’s CEO James Park has reportedly spoken about some rumors and gave more interesting details (Here.) Since now there is a lot of confirmed information about Fitbit’s Sports Watch, we will summarize them here.

Photos and information were leaked to Yahoo Finance that brings to conclusion that Fitbit’s new fitness smartwatch will be a design resembling the Fitbit Blaze style. You should expect it to be available on the market later this year. The Fitbit “Higgs” smart watch will probably not be the Blaze 2. Supposedly the Blaze 2 and the Fitbit Charge 3, the successor to the bestseller Charge 2, are already planned for the year 2018, as reported by Bloomberg. In addition, a new version of the smart body scale Fitbit Aria is in progress, that can send data via Bluetooth to the Fitbit app. 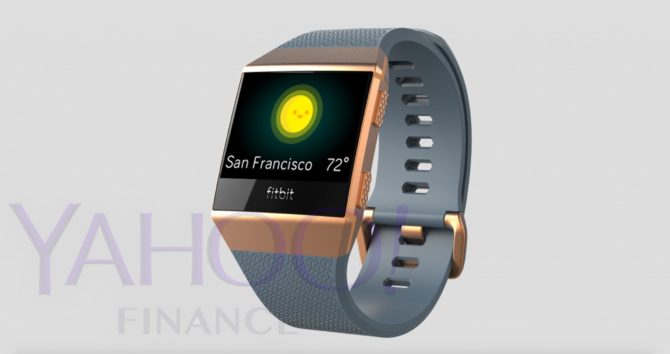 Thus, the final name is not yet known, but from the pictures it can be seen that the new watch, like the Blaze, has two buttons on the right and one on the left side. 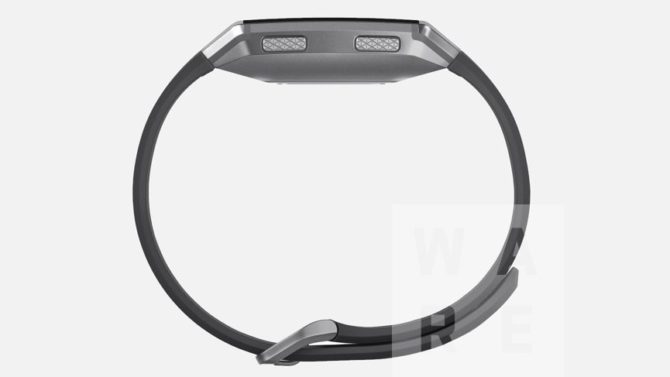 As further model images reveal, the heart rate sensor is not just green LEDs, as are usually used by most sports watch and fitness band manufacturers. Green light provides good results on the wrist.

In addition, the images suggest that 2 red LEDs are to be installed. Red LEDs are used in pulse oximetry on the finger and facilitate the determination of arterial oxygen saturation. Red and infrared light also allows the finger precise heart rate values. In addition, accurate heart rate values can be determined for more skin types, because red light penetrates more skin types better, for example, darker types. 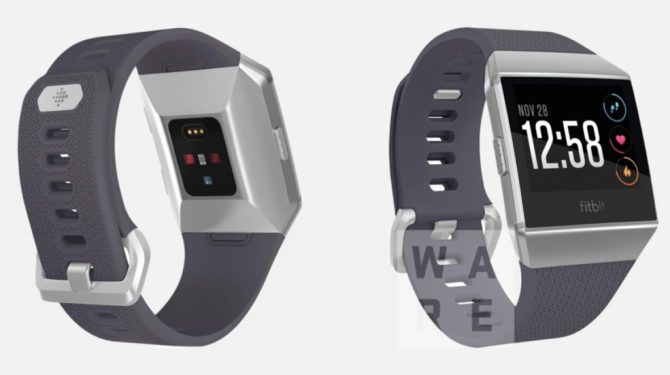 With the built-in LED combination, whether this now means that the new Fitbit can determine very precise heart rate values ​​and can additionally determine blood oxygen saturation non-invasively, that is, without taking a blood sample, remains to be seen. TomTom has announced a similar feature set with the Spark 2 Cardio and a similar LED combination before launch, but the built-in red LEDs never activated for reasons not mentioned.

Difficulties Here and There

Fitbit does not seem to have it easy in the development of the new platform, since Fitbit’s original plan was probably to market the watch as well as its own Bluetooth In-Ears (Codename “Parkside”) in the first half of 2017. But as the US news and media company Bloomberg has recently reported, Fitbit is fighting on various fronts with the progress of the project.

So on one hand, employees delay the project schedule by turning their back to the company and so prolong the implementation of planned features, such as the one in center of interest -App Store for the Smartwatch. FitBit’s CEO, however, recently confirmed to the Verge that the App Store will be available at launch and that the SDK will be delivered to all developers as soon as possible. However, only a few third-party apps will be available at the start date.

As the insiders who have leaked the photos report, there were also difficulties on the technical level. Fitbit struggled with the accuracy of the GPS receiver in a prototype close to the final product because it wasn’t placed correctly. As a result, Fitbit had to redesign the chassis design to receive a more consistent GPS signal.

As if these were not enough problems, there were still difficulties with the technical implementation of the announced water tightness, but the final statement from CEO James Park on this subject is positive. The device should be waterproof up to 50 meters.

On the technical side, Fitbit’s new sports watch is expected to bring many improvements along with current Fitbit models at launch. This includes features such as: 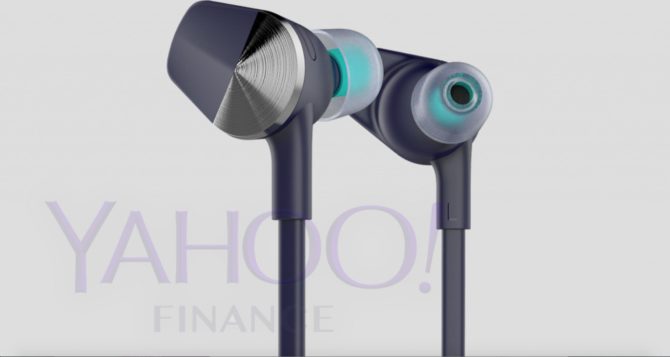 Whether Fitbit’s new fitness watch is a success is difficult to foresee due to the obstacles mentioned above. If Fitbit is able to provide a sports-minded customer with a waterproof case, accurate GPS records and a 4-day battery life, the device would become a strong competitor to Android Wear-based Smartwatches and the Apple Watch. Without these important distinguishing features, Fitbit, at least with this model, will have a hard time in the future. It is not to be forgotten to never sleep on the competition either. One can also mention the Garmin VivoActive 3 coming soon.

About the Author: Kate